Multimedia Blog Men and Angels Free Will: A Gift & Its Consequences, Part II

Men and Angels Free Will: A Gift & Its Consequences, Part II

Men and Angels
Free Will: A Gift & Its Consequences, Part II

We concluded our previous reflection by considering the fate of the damned. Part of that punishment is the awareness that the soul is eternally locked into its choice. Thomas Aquinas teaches that the will is a two-fold operation, natural and deliberate. The natural will is God’s gift to us and, therefore, it must be good and seek good. The deliberate will is what we do with this gift. For an individual to turn his will to sin and find himself in Hell is sad enough. But once there, the natural will eternally reminds the individual he does not belong there.

Hell is an eternity of the soul’s division against itself: not only aware it is forever separated from God, but realizing it fully deserves its punishment, yet aware this is not the fate it was created for. Hell is an inversion of everything we hold most dear. St. Thomas writes

St. Thomas raises the question of the Rich Fool in the gospel, who begs Abraham to send someone to his brothers, lest they end up sharing his punishment. Does this not indicate the damned are capable of feeling some compassion? He replies that, on the contrary, the man begs mercy for his relatives simply because he would feel far worse were his family to witness his pain and humiliation.

AN EXAMPLE FROM LITERATURE

Here we may think, too, of Dante’s journey through the Infernal Regions. Among the first of the souls he encounters are those of Paolo and Francesca, who were murdered by Francesca’s husband when he found them committing adultery. “Love,” Francesca says, “brought us to one death.” This love also brought them to one punishment, and while the notion of sharing eternity with a loved one is something we reasonably long for, Palo and Francesca find one another’s company an eternal reminder of a shared sin.

Here we might mention that Paolo and Francesca were led to their fatal kiss by reading a book. Not by the act of reading, which, if we are studying, is a commendable enterprise. Study, after all, is the defining character of Dominican spirituality. What led Paolo and Francesca astray was reading for the sexual pleasure it gave them. Dante remarks that Paolo and Francesca would never wander off into a bedroom; too many people could see them. But what harm could happen in the library? Here is a good example of sin: a good, intellectual act, turned awry by misuse.

WHAT DRAWS US TO SIN?

This provides a remarkable insight into sin, and what draws us to it. We imagine we are drawn to evil, because evil is what we confess in the Sacrament of Reconciliation. But in fact, no one chooses evil. We choose one thing over another because it seems a better alternative, not a worse. We may make the wrong choice, or misuse something we’ve chosen, but the reason for our choice – the reason we’ve chosen this object or this course of action – is because it appears to be good.

Here might be a good place to consider how the devil tempts us. Scholars suggest we begin our study with the word “devil” itself, which comes from the Greek word “diabolos.” It means “to accuse” or “calumniate,” and this is the devil’s chief occupation – to detract or lie about God. St. Paul employs the word quite carefully in his letters, in part to remind us whose company we find ourselves in if we lie, and especially if we defame another’s character.

The Father of Lies began his career in the Garden, suggesting to Eve the reason God forbade her and Adam to eat from the Tree of Knowledge was jealousy. He tried the same tactic on Jesus in the desert, suggesting God failed to value Jesus at his true worth, while he – the Devil – would give him everything if only Jesus would bow down and worship him.

THE SOURCES OF TEMPTATION

Here we should say a word now about temptation, namely, that it comes in two forms – from within, and from without. Temptation from without comes from the devil; within is both the result of our own, personal past wrongdoing, and, as the Catechism reminds us, it is a disposition that is one of the consequences of Original Sin. (CCC, #405)

Often refusing to acknowledge God as his source, man has…upset the relationship which should link him to his last end; and at the same time he has broken the right order that should reign within himself as well as between himself and other men and all creatures (CCC, #401)

THE ‘WHY’ OF TEMPTATION: A TEST OF VIRTUE

God can do anything, of course, so we might ask why he allows us to be tempted, when we consider the gravity of the consequences. Theologians reply there are five reasons. The first is to test the virtue of righteous individuals – which must make righteous individuals feel very, very grateful. “Oh good, I follow all the rules, and this is my reward!” And the reply to that is “yes”. God already knows the inner disposition of the righteous person; temptation teaches God nothing, but it teaches us a great deal about ourselves.

A REMINDER OF WEAKNESS

The second reason God allows us to be tempted is to remind us of our weakness. St. Thomas Aquinas teaches that if we lacked bodies we would be faced with the same dangerous choice as the angels – aware of just how magnificent our minds are, and just how wonderful our existence might be were we subject to no one but ourselves.

A REMINDER OF GOD’S MERCY

Belief in Satan is ultimately connected to belief in God, so if we dismiss the world’s ills as nothing more than manifestations of greed, anger, mental illness or psychic disorder, we reduce the role God plays in human history and deprive ourselves of the logical help we should turn to in times of spiritual trial and distress. Temptation is a reminder how very much we need God’s mercy and love. And because temptation is a reminder of our need for God, the third reason God allows us to be tempted is to show demons their powerlessness against God’s mercy.

A SOURCE OF STRENGTH

The fourth reason God allows us to be tempted is to harden and strengthen us. Left to our own devices, unless we are deeply committed athletes, most of us are apt to extend ourselves physically only so far as we must. Two Dominican writers have observed,

The same…is likely to happen in the soul when no demands are made of it; and for that reason, the absence of temptation can in some circumstances be a greater danger than temptation itself.

A REMINDER OF OUR NOBILITY

The final reason for allowing temptation is to show the greatness of the grace God bestows on us. We have probably all heard the phrase, “God didn’t make no junk.” By the same token, the devil shows little interest in trash. We may find little solace in this when we are being tempted to commit a sin, but the mere fact of the temptation is a sign of our worth.

Many who read John Milton’s epic poem, Paradise Lost, are struck to realize the passages dealing with Satan are more interesting than those that describe God. In the mid-1960s C.S. Lewis published an essay in which he remarked how easily we grasp and enjoy information about individuals who are worse than we, but grasp only with difficulty facts about individuals who are better. (This probably explains why supermarket tabloids feature so few front-page stories about the Pope.)

Scripture assures us the spiritual warfare that characterizes the moral life of Christians will result in God’s triumph, a triumph we will share when our bodies and souls are united in heaven, at the end of time. In the resurrection of the body, the earth of human flesh will once again embrace the heaven of the human spirit. In the meantime, when we pray for God’s will to be done on earth as it is in heaven, we beg that we may enjoy, here on earth, some taste of the righteousness, knowledge and life that characterizes the happiness of the blessed.

And this brings us to a very consoling point we may make about the good angels – they’re looking out for us, so that our life on earth may bear some resemblance, however remote, to that life we look forward to in God’s kingdom.

It is moreover manifest that as regards things to be done human knowledge and affection can vary and fail from good in many ways; and so it was necessary that angels should be deputed for the guardianship of men, in order to regulate them and move them to good. (ST, I. 113. 1)

But St. Thomas was a late-comer when it came to embracing the comforting theology of Guardian Angels. St. Bernard preached about them two hundred years earlier, and St. Basil and St. Jerome six hundred years before him. They based their faith, of course, on the Scripture passage in which Jesus admonishes His listeners, “See that you despise not one of these little ones; for I tell you that in heaven their angels always behold the face of my Father.” (Mt. 18.10) St. Jerome’s comment on this verse is, “Great is the dignity of souls, for each one has an angel deputed to guard it from its birth.”

Sadly, a number of ancient and later Church writers believed that each of us was plagued by a guardian devil, in addition to a guardian angel. However, a reliable source writes, “[this opinion]…lacks an adequate basis in the sources of Faith, and is also hardly compatible with the goodness and mercy of God” (Ludwig Ott, Fundamentals of Catholic Dogma).

We might make one final observation about angels, and that is to quote St. Thomas Aquinas, who asked whether the angels who sinned were as many as those who remained firm. He replied

More angels stood firm than sinned. Because sin is contrary to the natural inclination; while that which is against the natural order happens with less frequency; for nature procures its effects either always, or more often than not. (ST I. 63. 9)

The angels – the good angels, at least – no less than the Incarnation and the sacraments, are evidence of God’s love for us. And love, God’s love for us and our love for God, is the perfect image to draw these reflections to a close. 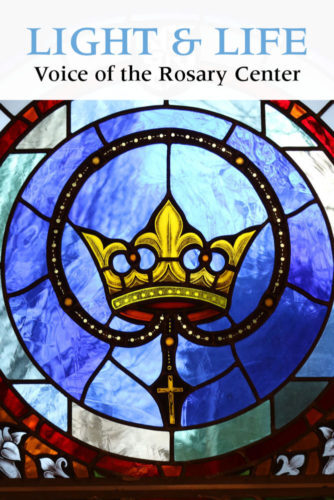 Written
Read time
10 min read
More posts
The 10 Commandments – The 4th: “Honor Your Father and Mother”
The Signs of The Church: “The Church is One”
Waiting in Joyful Hope
Category
News